ATO ON THE ESTABLISHMENT OF THE CENTER FOR OPERATIONAL DELIVERY OF COMPONENTS L-410, LLC "RDA" 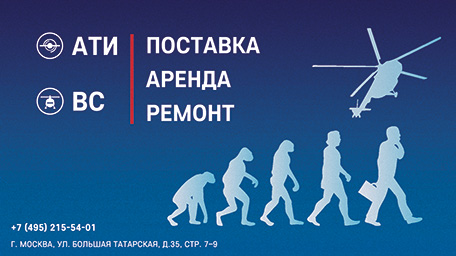 In anticipation of the XII International Aviation and space Salon managers of the company "RUSSIAN HOUSE of AVIATION" gave an interview to the official media partner of MAKS-2015 edition of "air transport observer". To read a brief article on the creation of the center for operational delivery of components L-410 in the Ulyanovsk region You can below. The full interview will be published on the website of the ATO next week.

Anticipating an increase in the exchange rate and the annual indexation of prices independent provider VS I ATI — the company "Russian house of aviation" (RDA) decided to invest in a large batch of components for regional turboprop aircraft L-410 various modifications of production Aircraft Industries.
RDA took delivery of ATHY for aircraft of this type in the fall of 2013 in response to numerous requests of operators caused by the increase in the fleet of L-410UVP-E20.
"Excluding realized under customer's products in the first phase we have invested in a warehouse of 100 thousand dollars, and later doubled the amount, told Show Observer ATO in RDA. — Currently in a warehouse in Moscow is more than 30 kinds of products a total of about 200 units. Initially, we focused on other indicators, but the external economic situation has made adjustments. We reduced the volume of purchases, however, continue steadily to replenish their stocks". The company said that starting in an L-410, its management has set itself the task to create a stock of the most popular parts available for prompt shipment.
"Our goal is a system of complex security of the operators aircraft. We have made progress in the supply of ATI for Mi-8 and is now actively projected this experience on the L-410, — stated in RDA. — We understand that, referring to us airlines, in fact, give a part of continued airworthiness for outsourcing. Our task is to take on this responsibility and to save the customer a headache, especially do not create new".
In RDA I believe that today in the market of ATHY for the L-410 has a number of problems: for example, the instability of the ruble, which hit the procurement of these machines and the lack of free access of certain products of the first category due to the fact that of the components at the time was discontinued.
However, RDA believe that the L-410 is a good plane for regional transportations in Russia. "The problems and difficulties faced in the process of maintaining airworthiness of the aircraft, can and should be overcome. We do this and encourage everyone to do it together," they concluded in the company.
Show Observer MAKS
2015, August 26
Artem Korenyako